After his recent divorce with Kim Kardashian, Kanye West has taken to Instagram to post numerous unusual posts about Kim, their kids, and Kim's new boyfriend, Pete Davidson. 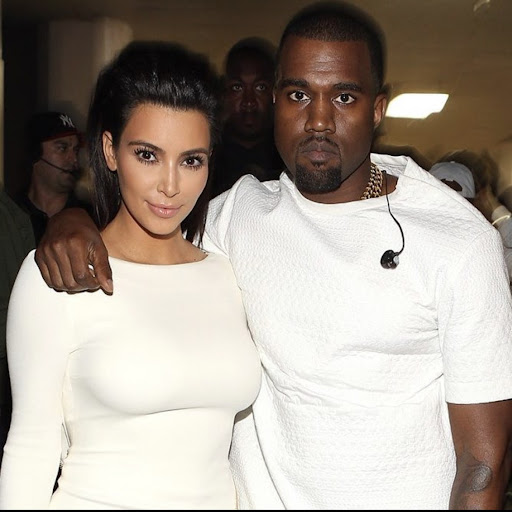 Recently, artist Kanye West has been using his Instagram account to broadcast his concern with his ex-wife Kim Kardashian and the custody issues with their kids. There have been many posts in the past few weeks highlighting these issues. The majority of the posts have been taken down, but nonetheless, there was a lot going down in his feed.

This matter started when his daughter, North, posted TikTok’s on her and Kim’s page, @kimandnorth. Once these videos were blown up, Kanye felt infuriated that his daughter was using this platform at her young age of 8. Kanye then took it upon himself to bring these issues to Instagram. He voiced his anger on his account about how his daughter has been put on TikTok “against her will”. He felt that he had no say in whether or not she could have access to such a big platform like TikTok.

Kim went on to say, “Divorce is difficult enough on our children and Kanye’s obsession with trying to control and manipulate our situation so negatively and publicly is only causing further pain for all…”

This is what caused Kanye to post a series of posts on his page, bashing Kim’s parenting and talking about how he feels that the whole situation about when he gets to see his kids is unfair. Kanye talks about how a while back he wasn’t even invited to his own daughter’s birthday party.

He says, “I wasn’t allowed to know where her party was.” Clearly, he feels that he has not been treated fairly during their divorce at all.

In another post about him being a single dad where Kim is the “main provider and caregiver” (as she called herself) he says, “…I dream of a world where dads can still be heroes,” after talking about his experience with his parents growing up. Kanye seems to feel like he is losing his whole family.

However, Kim responded to these posts by discussing how his attacks on social media and in interviews is far worse than anything North posts on TikTok.

Later on Kanye continued to post about the matter, now focusing on how he needs to get a hold of Kim to talk about this matter. One post showed screenshots of Kim’s cousin agreeing with him about his concern with North on TikTok. In the text messages, she says that she is a single mom who also would keep her kids away from social media.

In the post with the screenshots he says, “THIS IS AN EXAMPLE OF KIM’S COUSIN AGREEING WITH ME ABOUT TIK TOK THEN PROCEEDING TO ASK ME FOR SOME YEEZYS AFTERWARDS.”

He goes on to say that he can’t be a single dad wanting to see his kids without being called “erratic”. His posting doesn’t stop as he proves to still be outraged over his treatment in this legal situation. He targeted the Kardashians as a whole many times saying that they are just “playing games.”

Over the last weekend, Kanye posted once again addressing the things Kim has been saying about him. That includes being supposedly high at his daughter’s birthday party, being accused of stealing, and putting a hit on her. He voices his concern, “These ideas can get someone locked up.”

Right before the posts were removed from his page, he posted a screenshot of finally being sent Kim’s number. It was assumed that now the issue was being handled in a private setting.

Currently, the only post remaining about his family was a collage of photos posted a few days ago with the caption “GOD PLEASE BRING OUR FAMILY BACK TOGETHER”.

There are different things that can be assumed, but who knows what could come of this next?