Cody Fry has grew in popularity recently despite being in the music industry for a couple of years. Here's how he grew in success and his accomplishments as a result. 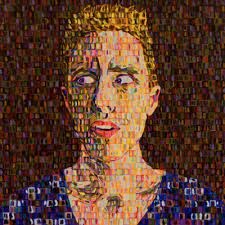 Earlier this year a musical artist became an internet sensation for his beautiful instrumental masterpieces. Though in 2015 he tried out for American Idol for its 14th season, many people are only now hearing about him.

Cody Fry has been actively posting his music online for a decade now, and only recently has his talents really started getting the attention of people. Fry has 4 albums, but earlier in the year his song, “I Hear a Symphony”, on his 2017 album, “Flying,” was the song to start it all.

Between the end of the 2020 school year and the beginning of the 2021 school year, Fry’s song became a hit all over social media, especially on the app TikTok. With about 65 million streams on Spotify, the score video having almost 2 million views on YouTube, the live performance having 90 thousand views on Youtube, and having 44 thousand videos on TikTok with the song as a sound; many would say that song struck a chord with them.

Though other songs and covers have helped give Fry the big name he has today. His most recent hit is an improved version of his song, “Underground,” which was originally released in his first album released in 2012, “audio:cinema.” Though his version of Eleanor Rigby is what got him nominated for the 2022 Grammys for Best Arrangements, Instrument And Vocals.

Fry stated in At Wood Magazine- For The Love of Music with Lilly Eason that “it’s easy to lose yourself” in the music industry when you are trying to find what people want and what is popular while also trying to find where you fit into all of it. He also talks about how after his second album, “Keswick,” is when he really thought about the next steps in his career.

“At some point after I did Keswick I had this realization, cause I was doing a lot of media scoring and film scoring on the side because I love doing that orchestration stuff. And then I was doing singer songwriter stuff as an artist. And one day it hit me I was just like, why am I keeping these worlds separate? Why can’t I try to create something that involves all of those skills?” said Fry.

Megan Bailey, a Tuscarora High School student, stated how she thinks. “Cody Fry is not Cody Fry without all the instruments, and orchestra, and stuff”, and how she, like many others, are pleased to know that Fry went with his gut and put the best of both worlds together.

You can listen to Cody Fry’s music on Spotify, Youtube, Pandora, Apple Music, and many other forms of social media. You may also be able to find showtimes, or dates, store merchandise, and a place to get into contact with his team all on his website, codyfry.com.