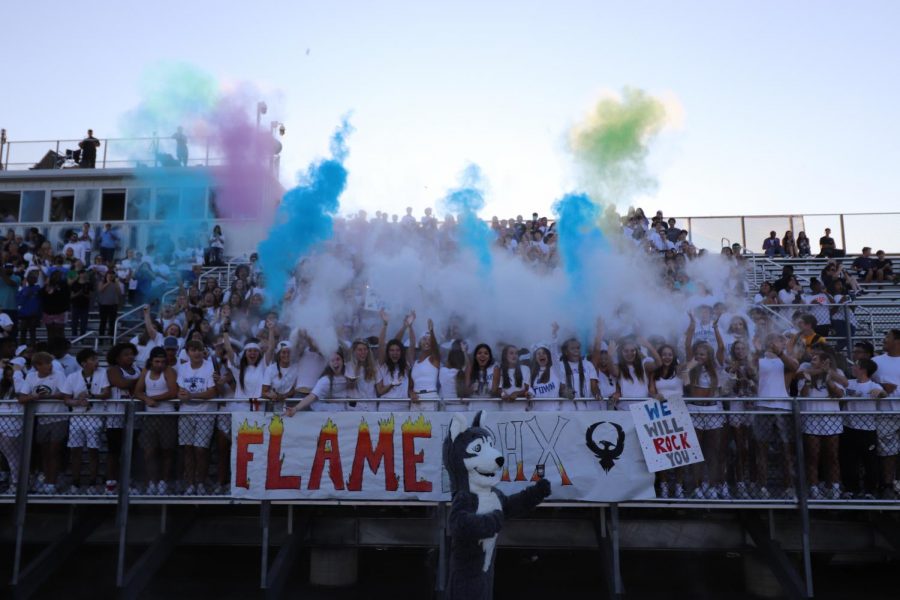 Instead of having a regularly scheduled Varsity Football game that usually takes place on Fridays, Tuscarora hosted their annual Powderpuff game on October 15th. Powderpuff is when a group of selected Junior and Senior girls compete against each other in Flag Football for the Powderpuff trophy. Below are the people that played in the event:

The Varsity Volleyball team also went up against Lightridge on October 12th. The first match of the game was almost even on both sides, however, the Tuscarora team came out on top and won the first match with a final score of 25-21 against Lightridge. The Tuscarora team capitalized on their performance and took the second set against Lighridge with a score of 25-16. The third set saw the Tuscarora girls pull out an impressive performance and were able to control the entire third set. The final score ended with 25-7 Tuscarora. With winning three sets, the Tuscarora Varsity Volleyball team managed to win the game.

Park View was the next opponent for the Tuscarora Varsity team. Being played on October 14th following the Junior teams game against Park View, the Varsity team put on another good performance. The Tuscarora team was racking point after point during the first set and managed to win the first set with a final score of 25-7. The second set saw similar results as the first with Tuscarora continuing their well-rounded performance and won the second set with a final score of 25-13 and winning the overall game.