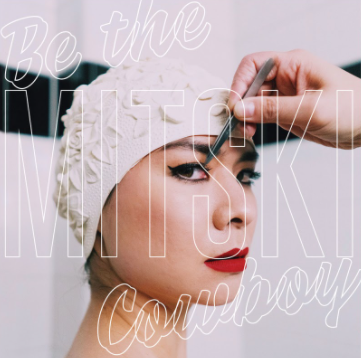 On October 5, 2021 Mitski came out with her new song Working for the Knife.

Mitski is a Japanese-American singer and songwriter. You have probably heard at least one of her songs for the morning radio, TikTok, or if you have been a fan of hers for years when she first started posting her music.

Mitski has been on a hiatus from releasing music and social media as a whole since her album Be the Cowboy released back in 2018. Be the Cowboy was described as being “both mannered and explosive” by Vulture’s No. 1 album of 2018 as a comeback album from her 2014 album Bury Me at Makeout Creek.

Her new song, Working for the Knife, was her officially telling us that she is properly back. The song was first teased on her instagram a day before it’s official release.

And, surprise surprise, she is still the cowboy. Her instagram post was as simple as possible, as it had a picture of her in a cowboy hat having the details of when her new single release would be out.

“I think it is a great song.” Says Katie Rose, an LCPS student. Even after she has listened to the song “sixty” times she still thinks it’s a musical masterpiece and is excited that Mitski is making her comeback.

Not only is she excited about her comeback to the music world, but the whole world as well. The day of her song release she also made the announcement of her 2022 world tour. From Asheville, NC on 2/17 in North American to Munich, DE on 5/19 all the way in northern Europe; Mitski is giving fans hope that new songs are to be released in the near future.

You can go to Mitski.com to purchase tickets for all shows on Friday October 8, 2021.