The #FreeBritney movement caught the attraction of hundreds around the world. Here's a timeline of the events that happened leading up to the movement. 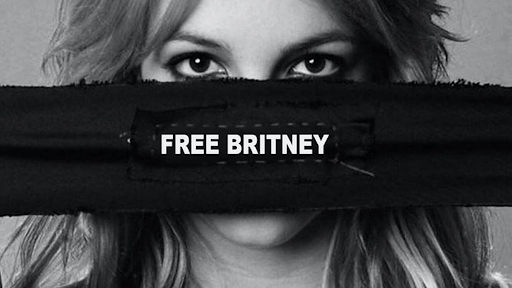 Pop icon Britney Spears has accused her father of conservatorship abuse, with her attorney, Matthew Rosengart arguing that Britney, “has been abused by this man for the last decade and since her childhood.” Jamie’s attorney Vivian L. Thoreen, put out a statement, saying that Spears “loves his daughter” and that he tried to do what was in her best interest, but the claims from Britney during her June 2021 hearing say the complete opposite.

First, let’s catch up on everything that has led up to this point. Britney’s 13-year nightmare started in 2007 when she began a downward spiral that was  started by her custody battle and divorce from her ex-husband, backup dancer Kevin Federline.

The public’s mental health concerns for Britney first arose on February 16, 2007, when she walked into Esther’s Haircutting Studio in Tarzana, California, demanding that the stylist, Esther Togonzz, shave her hair off. When Togonzz refused to do so, Spears reportedly took some shears and said “Then I’ll do it.”

People went ballistic, calling her “crazy”, and the fact that the paparazzi were following her and broadcasting her entire life to the world did not help at all. She then retaliated, and five days later, the singer took an umbrella to a paparazzo’s car and damaged it.

Unfortunately, by 2008, the spiral continued. On January 3, the LAPD were called to Spears’ home in Studio City, California after she had reportedly refused to turn over her kids to her ex-husband’s bodyguard during the court-appointed time. After a two-hour standoff, she was taken to the Cedar Sinai Medical Center, where she was put under a 5150 psychiatric hold. The next day during an emergency court hearing, a judge granted Federline full custody of their kids.

On January 31, 2008, Britney was rushed to the UCLA Medical Center on another 5150 for a 72-hour involuntary psychiatric hold. Unbeknownst to Britney, this would be her last day of freedom for the next decade.

The next day, Britney’s father, Jamie Spears, filed a petition with the Los Angeles Probate Court, over concerns with his daughter’s mental health. This petition was a temporary conservatorship over Britney’s person, finances, and estate. Spears and his attorney, Andrew Wallet, were both conservator and co-conservator, and now had control of Britney’s life. They had the power to gain possession of her house, remove certain people, issue restraining orders, and hire security. Keep in mind that Jamie Spears had a history of being an abusive alcoholic during Britney’s childhood. Britney’s mother, Lynne Spears, had written about Jamie’s abuse in her memoir, “Through the Storm.” She had detailed the abuse that she and her kids had gone through until the couple’s divorce in 2002. During a court hearing on June 23, 2021, Britney expressed how she had feared her father throughout her life, saying that when she was a teenager she was afraid that he would “show up drunk somewhere” and embarrass her.

At first, her Conservatorship was supposed to be temporary. But on July 31, 2008, Los Angeles Superior Court Commissioner Reva Goetz allowed Jamie to extend the conservatorship until the end of the year. But that agreement did not last very long. On October 28, 2008, Judge Goetz made the decision that ultimately ruined Britney’s life. She extended the conservatorship indefinitely, meaning that until further notice, Britney was in the control of her father.

The only time that Spears had publicly spoken out about her current arrangement was in her 2008 Documentary Britney: For the Record. She compared her Conservatorship to “being in jail,” and was quoted as saying, “The way I feel, it’s like they hear me, but they’re not listening.”

Between 2008 and 2021, Spears released four albums, was a judge on the X-Factor, went on four concert tours, and had two Las Vegas residencies. If she was capable of doing all of those things, why wasn’t she allowed to control her own life? That is a question that has not yet been answered.

Recently, other celebs have come forward in her defense. On July 1, 2021, Rapper Iggy Azalea posted a tweet in support of #FreeBritney, defending the singer and claiming that she had witnessed Jamie’s abuse firsthand. “I saw her restricted from even the most bizarre & trivial things: like how many sodas she was allowed to drink. Why is that even necessary?” She also added that Jamie had threatened Azalea into signing a document. “Her father conveniently waited until literally moments before our [Billboard Music Awards] performance when I was backstage in the dressing room & told me if I did not sign an NDA he would not allow me on stage.”

After 2008, Britney wasn’t even allowed to mention the conservatorship. During her September 2016 visit to the Jonathan Ross Show, A Popcrush editor reported while promoting her album “Glory,” Britney had attempted to speak about it. “…I’ve been under this conservatorship for three years and I felt like a lot of decisions were made for me, so I wanted [Glory] to be my baby and I’ve been really strategic about it.” The quote seemed to have been edited out when the show aired, but the validity is in question. At this point, the conservatorship would’ve been going on for eight years, not three.

In 2018, Britney began the European leg of her “Piece of Me” tour. Every night, Britney would put on a show for her fans, in the videos she seemed happy and healthy, but that was not the case at all. “I was on tour in 2018. I was forced to do… my management said that if I don’t do this tour, I will have to find an attorney and by contract, their own management could sue me…” She testified in her June 2021 hearing. She also explained that she hadn’t even been allowed to choose her attorney.

2019 was a whirlwind for the Spears’. On January 4, Britney began an indefinite hiatus after her father had been rushed to the hospital for severe health issues. On March 4, Andrew Wallet voluntarily resigned as Britney’s co-conservator, and on April 3, Britney checked into a mental health treatment center, where she had stayed for 30 days. During this time, fans speculated that Britney had been forced into the treatment center against her will. Which caused them to stand outside of the West Hollywood City hall chanting, “Hey ho, Larry Rudolph has got to go.” They believed that he, her longtime manager, had the main role in putting her in the facility.

On September 5, Jamie Spears’ request to be temporarily removed from the conservatorship due to “personal health reasons,” was approved by Judge Brenda Penny. Jodi Montgomery, a professional care manager, had stepped up for him for the time being.

On August 17, 2020, Sam Ingham, Britney’s court-appointed attorney, filed a motion that expressed Britney’s wishes of her father no longer being her conservator. Two days later on August 19, a virtual hearing was held and Judge Penny extended Britney’s conservatorship to February 1, 2021.

On November 10, Ingham, Spears’ attorney told the court that Britney would not come back from her hiatus if her father still had control over her career. “My client informed me that she is afraid of her father. She will not perform again if her father is in charge of her career.”

Shockingly, Jamie Spears went and told the world that he no longer wanted his daughter to be in a conservatorship. On March 2, 2021, his attorney made a statement to CNN, “Jamie would love nothing more than to see Britney not need a conservatorship. Whether or not there is an end to the conservatorship really depends on Britney. If she wants to end her conservatorship, she can file a petition to end it.”

On the 27th of April, Ingham requested for the court to allow Britney to testify about her conservatorship. This court date had been scheduled for June 23, the day that Spears shocked the world with her heartbreaking testimony. “I truly believe this conservatorship is abusive.” She told of how her team forced her on birth control and did not allow her to make an appointment to remove it. She wasn’t even allowed to get married, and she was forced to be on prescription drugs. She explained that her management allowed her to cancel her Las Vegas residency, but was days later put on a powerful drug called Lithium due to her being “uncooperative.”

Days after the hearing, both Britney’s manager and attorney resigned, which helped her gain more control over her situation. On July 14, Spears was granted permission to hire Matthew Rosengart, aka the ticket to her freedom. Nine days into working with Spears, Rosengart filed a petition asking that Jamie Spears be removed from Britney’s conservatorship.

On August 6, Jamie contradicted his previous statement of wanting to be removed as his daughter’s conservator. He claimed that there were absolute “no grounds whatsoever,” for his removal. But a week later on August 12, he agreed to step down, confusing the public. Did he want to step down or not?

A week after Britney’s attorney filed for immediate removal of Jamie, Spears surprisingly petitioned to end the conservatorship. The document stated, “As Mr. Spears has said, again and again, all he wants is what is best for his daughter.”

Finally, after 13 years, a huge breakthrough occurred. Jamie Spears had been suspended as Britney’s conservator. On September 29, 2021, Judge Brenda Penny ruled that having Jamie in charge of the conservatorship had no longer served Britney’s best interests. If her new attorney managed to get her father suspended after only 77 days into his job, imagine how her life would be if she had been allowed to choose her attorney 13 years ago.