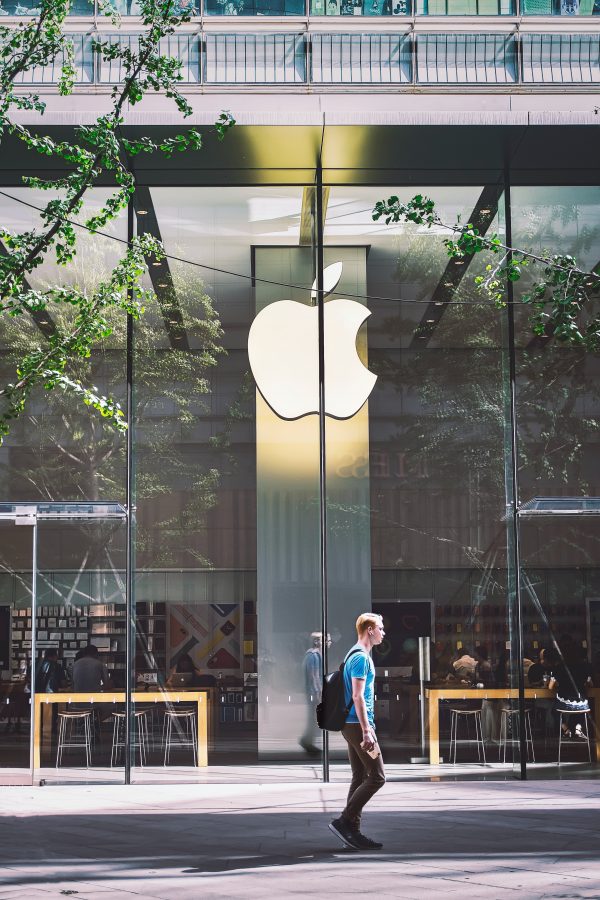 Apple just recently held its annual spring event, and first even of 2021, featuring new products, new product features, and a dramatic redesign to one of their most popular products, along with several, smaller announcements.

Perhaps the most anticipated product of Apple’s ever-expanding lineup, was the introduction of AirTags, a product rumored to be released nearly every year for the past half decade, and indeed, they were released in the most Apple-esque way possible. Airtags, which are Apple’s take on the popular Tile squares, which are essentially small trackers made to hang on keychains or bags, and were you to lose them, you could very easily call up an app that would tell you of their location.

Airtags, which are small, circular, and can be engraved with initials or an emoji, are very naturally sold separately from keychain holders that would actually allow you to attach them to your things, also come with integration to the Find My iPhone app. Dubbed “Precision Finding”, the Find My app conveniently alerts you of the exact direction and distance to your lost item, using visual, audible, and haptic guides. Additionally, Apple promises the location of these items aren’t shared with anyone, even the company itself. A single AirTag goes for $29, though four-packs are available for $99.

The next, and arguably most exciting mention of the event, was the new redesign brought to the iMac lineup, which included a total upgrade to the physical computer, as well as the Magic Keyboard and Magic Mouse. Flattening the entire desktop device to just 11.3 mm thin, the single sheet of glass, paired with thin bezels and seven new colors, looks like a machine of the 21st century. Its 24-inch screen brings a 4.5k retina display, 11.3 million pixels, 500 nits of brightness, and true tone. Beyond this, the camera has been upgraded to a 1080p front-facing camera and 6 speakers promise studio-quality sound.

Not only does the new iMac include 4 USB-C ports, but it’s also uses a single, color-matched power cable, which doubles its adaptor’s use as ethernet connection, reducing the cable clutter of desks. Apple also boasts 85% faster CPU for Apple Mac apps and a GPU twice as fast for graphics-related apps, powered by the company’s newly-developed M1 chip.

The color-matched Magic Keyboard has added buttons, such as an emoji button, and do not disturb, dictation, spotlight, and lock keys. A fingerprint sensor also comes to the Magic Keyboard for the first time, with color-matching aluminum cases, as well as a matching Magic Mouse and Magic Trackpad. None of these items, however, in traditional Apple fashion, are included in the iMac’s base prince point of $1299, or, for more colors and additional features, $1499 price.

iPad Pro also saw some improvements in regards to internal design, now supporting the M1 chip, which allows for a 50% faster CPU and 40% faster GPU. Four speakers, with support for the PS5 and Xbox Series 3 controls, a promotion display, and a host of other features once again force Apple into the playing field for tablet computers.

The upgraded iPad Pro is also offering 2TB of storage, 5G, and thunder port, as well as a number of improved features in regards to their camera. A new feature in FaceTime or other video calls, allows for the camera to follow you around while you move throughout the frame and recognizes when new people enter, panning out so that more than one person fit. Both sizes of the iPad pro are going for their same prices, at $799 for the 11 inch and $1099 for the 12.9 inch, which includes a new display.

The last large update of the event was in regards to Apple TV, which saw improvement in regards to its 4k model. It offers not only HDR in a high frame rate, but also a new means to improve picture quality through the TV’s scanning of your iPhone, wherein the colors are matched to leading film industry standards. The Siri remote was also redesigned, the Siri button moved to the side of the remote and the touchpad being enabled for touch, as well as includes two more buttons; power and mute. The 4k Apple TV goes for $179 for 32GB and $199 for 64GB.

Also worth mentioning is the new purple color of the iPhone 12, and the new design of Apple Podcasts, which will soon be offering a subscription service. All of these devices are already available for pre-order or will be by April 30, when they will ship out in the second half of May.