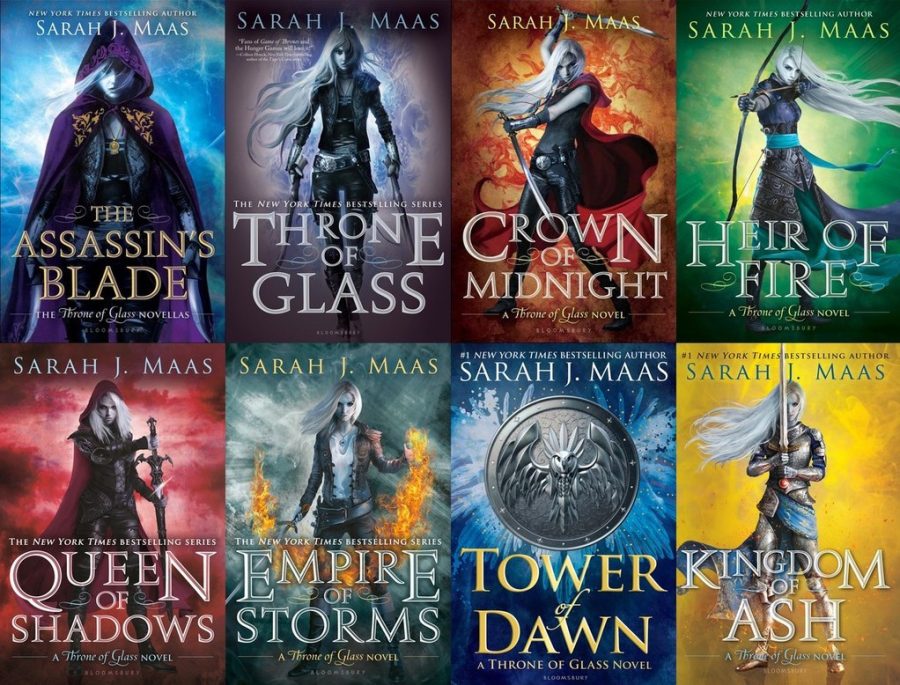 When I was asked by a friend to read Sarah J Mass’s Throne of Glass I never thought that the series would mean more to me than just any other book being read. I had quite high expectations for the first book as the friend who recommended it to me told me that it was one of the best books she’s read in the YA Fantasy genre. I bought the book a month before I finally ended up finishing it in two sittings, and I was hooked shortly after that.

The first book in the series is about a woman named Celaena Saradothien, an assassin, who is taken out of the slave camp in which she has been put in for a year, just to be taken out by the Prince of Adarlan, Dorian, as a contender in a competition as the Champion of the King. She works months to regain the skillset and strength to regain her title of Adaralan’s Assasin. However as the weeks of training continue at the hand of the Captain of the Guard, Chaol, she learns more and more about her past and what the future holds for her. Also as she continues to fight to become the King’s Champion.

When I began to read the first book I just didn’t think the story could evolve and strengthen my feelings for the characters and the plot. Well wasn’t I surely mistaken, as the book series continues it just gets better and better. Before I knew it I had finished the first book in two sittings. I gave myself all of five minutes before purchasing the second book, Crown of Midnight. I was hooked into the story that started with an assassin but later turned into something magical and outstanding.

Each book gets better as more and more plots are revealed. Not only does the plot keep you on your toes but it also the understanding of characters in the story deepens into a love that will hold you out till the very end. The story not only gives strong female characters, but also three-dimensional characters, that are independent. However the story does not lack relationships as these characters work through their past and learn that you don’t have to survive alone. They definitely could since they are all so strong, but they don’t have too. I think it gives a sense of our world with the relationships that are built. A lot of the characters start alone but soon come a group of friends who would die together, but more importantly will live together through the stand of time. This book series does not lack within any aspect, as the series continues it grows to be a more and more outstanding series.

Through the series, as the plot twists thicken and the story develops, the reader can learn a lot through the book. It took me a little less than two weeks to finish the series, and the amount of joy that the series brings me and has brought me is outstanding. Even through the last book, which was just a whole lot of tears, the story brought me joy. I would suggest the series to any one who likes fantasy and wants a more mature book series that keeps you on your toes. The series is outstanding and I now understand why this story still stands years after the first book came out. Not only is this story an escape but also taught me about so much with relationships, being independent, creating your own fate, and getting out of points in your life that could  break you, and becoming stronger than ever before. The series will forever have a place in my heart, so if you are looking for a book series that will place a mark in your heart forever, this is the one for you.