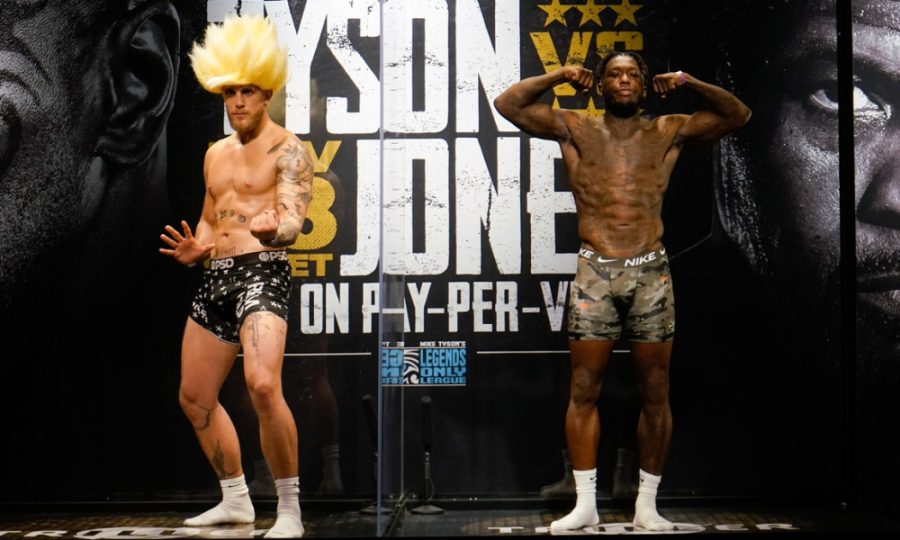 On November 28, 2020, controversial YouTuber Jake Paul took on NBA player Nate Robinson in a boxing match that would consist of 6 rounds. Paul has more background and experience in boxing compared to Robinson. Paul has previously fought Youtuber Deji Olatunji, who he boxed in 2019 as an undercard for the KSI vs Logan Paul fight, winning the fight against Olatunji. Paul has also fought YouTuber AnEsonGib, also known as Ali Loui Al-Fahhri, which would be Paul’s professional boxing debut in January 2020. Paul managed to defeat Al-Fahhri in a first round knockout. Robinson started to box in preparation for the fight in August, giving him only almost three months to prepare for the fight compared to Paul’s 2 years of boxing. The disadvantages continue to stack against Robinson. Robinson who is 36, is 13 years older than Paul, who is 23. Robinson is also 4 inches shorter than Paul, which in boxing is a disadvantage since height and reach are major factors in helping many athlete’s win fights. However, many short professional boxers have managed to turn that disadvantage into an advantage for them against their opponents. Going into the fight, many predicted that Paul would be the victor of the fight, but many rooted for Robinson due to him being the underdog and because of Paul’s poor reputation.

In the first round of the fight, Robinson’s lack of experience was evident. Robinson was swinging hits fast at Paul, however the majority of his punches missed Paul. Robinson and Paul also did a lot of clinching during the first round of the fight. Clinching is when a boxer wraps their arms around their opponent in order to slow down the fight and make your opponent unable to throw any more punches, allowing a few seconds of rest. As the fight continues near the end of the first round, Paul manages to get in an overhand right on Robinson, sending Robinson down. Even though he was knocked down, Robinson was able to get up and finish off the round.

During the second round of the fight, Robinson and Paul sent a frenzy of punches at their opponent at the beginning of the round, both getting off a few hits. However, with 1 minute and 54 seconds still left in the second round, Paul got off another right hand against Robinson after a left jab from Robinson, sending Robinson down for a second time. Robinson was able to get back up, but it didn’t last long. Robinson went down again at 1 minute and 24 seconds left in the second round after Paul sent him another right hand, completely knocking out Robinson and ending the fight in the second round. In total, Paul threw 38 punches and landed 8 of those punches, making his percentage 21%. Robinson on the other hand, threw 56 punches, landing 10 of those punches, making his total 18%. With a new win under his belt, Paul is now 2-0 with 2 KO’s in his professional boxing career.

Paul has since called out multiple celebrities and YouTubers after the fight. Paul has called out UFC fighter Conor McGregor and MMA fighter Dillon Danis to face him in the ring, Paul saying, “I would knock them both out.” Paul also wants to fight KSI, the Youtuber that defeated Paul’s brother Logan in 2019, who is now scheduled to fight Floyd Mayweather on February 20th of 2021. Whoever Paul’s next fight is still unknown, but Paul has gone on the record saying that he wants to continue and dedicate himself to his boxing career, so we’ll just have to wait and see where it goes from here.