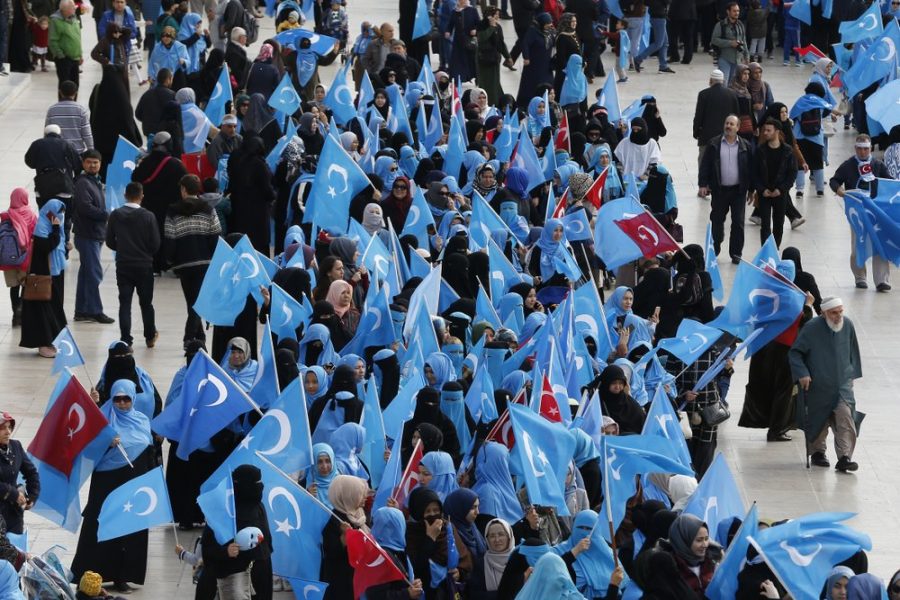 Currently in Xinjiang, China, Uighur Muslims are being put into concentration camps instructed by the Chinese government. In the camps, the Uighur Muslims are being forced to do things against their religion and being tortured, raped and killed. For a while, the Chinese government has denied any involvement and that these camps even exist, however; multiple sources have captured images of these camps which are surrounded by barbed wires. Once these images started to come out, the Chinese government said that these camps were for Uighur Muslims to be re-educated and call the camps “thought transformation camps” to prevent extremism from spreading. These camps have been around since 2017, and an estimated 3 million+ Muslims are currently detained in more than 380 camps around Xinjiang. With little media coverage, many did not know this event has been happening for years and is still an ongoing issue in China.

The set up of these camps were influenced by the Chinese government, who believe that Uigher Muslims are a danger to society and security and believe they follow extremist views after Uighur militants claimed multiple attacks in China from 2013 to 2014. The erasure of the Uigher Muslims culture and customs started in 2017, where Xinjiang government passed a law which prohibited men from growing out long beards and women were not able to wear veils anymore. The government also destroyed dozens of Islamic mosques across Xinjiang.

The concentration camps hold a total of 3 million and counting Uigher Muslims. Inside of the camps, Muslims are being forced to go against their religions traditions, cultures and customs, with the Muslims being forced to eat pork and drink alcohol, both of which are against the religion as said in the Islamic Holy Book, the Quran. Many Uigher Muslims that were once in the concentration camps described the camps as a “prison” and say that children get separated from their parents and families, women continually get raped, and men, women, and children get tortured throughout the day. They are told that if they were to leak about what happens in the camps, they would go to a “worse place than this”. The camps also use a form of brainwashing on the Muslims, where the Muslims get wiped of their identity and culture and replace it with Chinese culture and beliefs. A BBC News Correspondent, John Sudworth, was able to get an exclusive look inside one of the many internment camps in Xinjiang, where the people inside are seen openly dancing, learning, painting, and playing outside. The Uigher learn the Chinese language and about the laws that restrict religious practices. One person was seen on a computer writing, “I love the Communist Party of China” in Chinese. While the camp that Sudworth visited may have painted a perfect picture, Sudworth also interviewed a former prisoner from one of the camps, where she says she and many others were constantly mistreated during the year she was contained in the camp. She also tells Sudworth that the prisoners are told how to act when officials and journalists come to visit and inspect the camps, giving off the illusion to many that the camps Sudworth and other journalists visit are show camps in order to contain the real horrors the Muslims in the camps face.

Countries across the globe have spoken about the current problem. 22 mainly European countries and the United States have responded to the camps as “disturbing” and inhumane and have condemned the Chinese officials and their leadership. The United States, along with 30 other countries, publicly condemned China at U.N. General Assembly and described the camps as a “horrific campaign of repression”. Creators on social media platforms have also spoken out and brought light to the camps and started to create petitions in hopes of being able to send a message to the Chinese and Xinjiang government to put an end to the camps. Even with the public outrage against the camps, the Chinese and Xinjiang government have continued to allow the camps to continue and function normally.