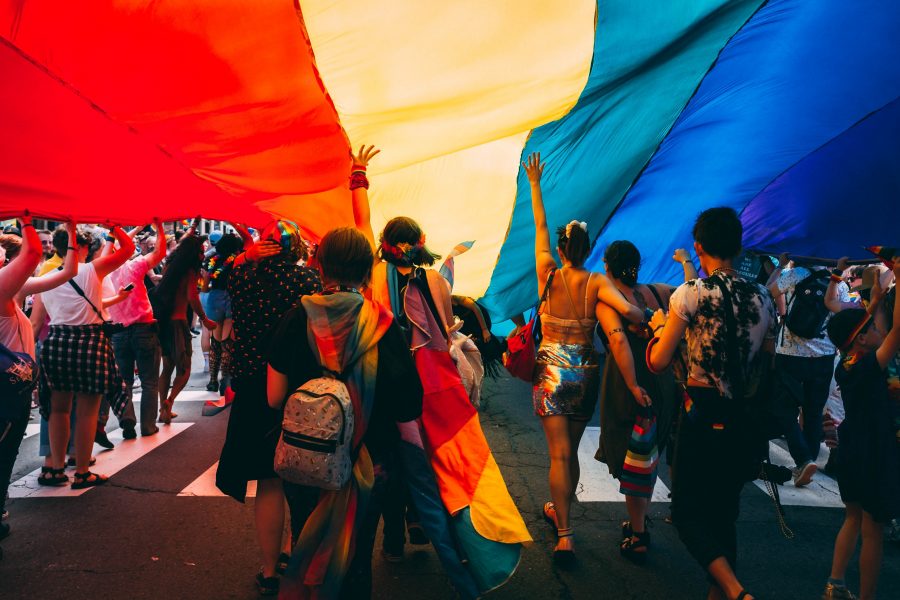 By — Danny Kistner
Photo Courtesy of Mercedes Mehling
Earlier last month, Virginia became the first southern state to pass legislation in favor of protecting the rights of members of the LGBTQ+ community. Called the Virginia Values Act, this addition to SB 868 prohibits discrimination on the basis of sexual orientation or gender identity in terms of public accommodations, employment, credit, and housing. It also incorporates SB 66, the VA fair housing law, and SB 159, an act regarding nondiscrimination in public employment.

The bill passed 59-35 in the House and 20-9 in the Senate, a historic vote and a monumental step forward for the South. Originally proposed by Senator Adam Ebbin (D), the bill had been blocked for years by republican representatives. Despite that, Governor Ralph Northam (D) long voted his support stating that “LGBTQ Virginians should never have to fear being fired or evicted because of who they love.”

SB 868 preceded Virginia’s becoming the 20th state to ban child conversation therapy and once again, the first southern state to do so. Conversion therapy is the, often forced, the pseudoscientific practice of “converting” an LGBTQ+ person “back” to being heterosexual or cisgender* using spiritual or psychological means. This emotionally abusive and degrading practice has been debunked by practically every major medical organization, including the American Psychological Association. The American Medical Association in November of last year even backed a nationwide ban on the practice, stating that it was obvious to them conversion therapy caused nothing but harm to LGBTQ+ people and that it “has no foundation as scientifically valid medical care and lacks credible evidence to support its efficacy or safety.” The backing of medical organizations of this ban is also very important, given their history of erasing and degrading LGBTQ+ people.

This new measure, being called HB 386, will go into effect July 1, a day after Pride Month has ended. This means hundreds of children will go home, but the question lies in what might be waiting for them there. The UCLA School of Law estimated that in 2018, 57,000 minors will have to endure conversion therapy from a religious or spiritual adviser and 20,000 minors that will receive it from a licensed healthcare provider. This is of the nearly 700,000 adults across the U.S. that have undergone conversion therapy. This ban, in other words, will protect thousands of children from being emotionally or mentally abused for who they are.

Sam Brinton, the head of advocacy and government affairs for the Trevor Project (an organization whose goal is to support and protect LGBTQ+ youths in crisis) and a survivor of conversion therapy said that “This bold action will send a message to all LGBTQ young people in the great Commonwealth of Virginia that they are loved and deserve support.”

Now more than ever, these rights and protections are needed for LGBTQ+ people, especially for children, where unaccepting parents or families can mean abuse and oftentimes worse.

*Someone who identifies with their assigned gender at birth i.e. not transgender or gender nonconforming.