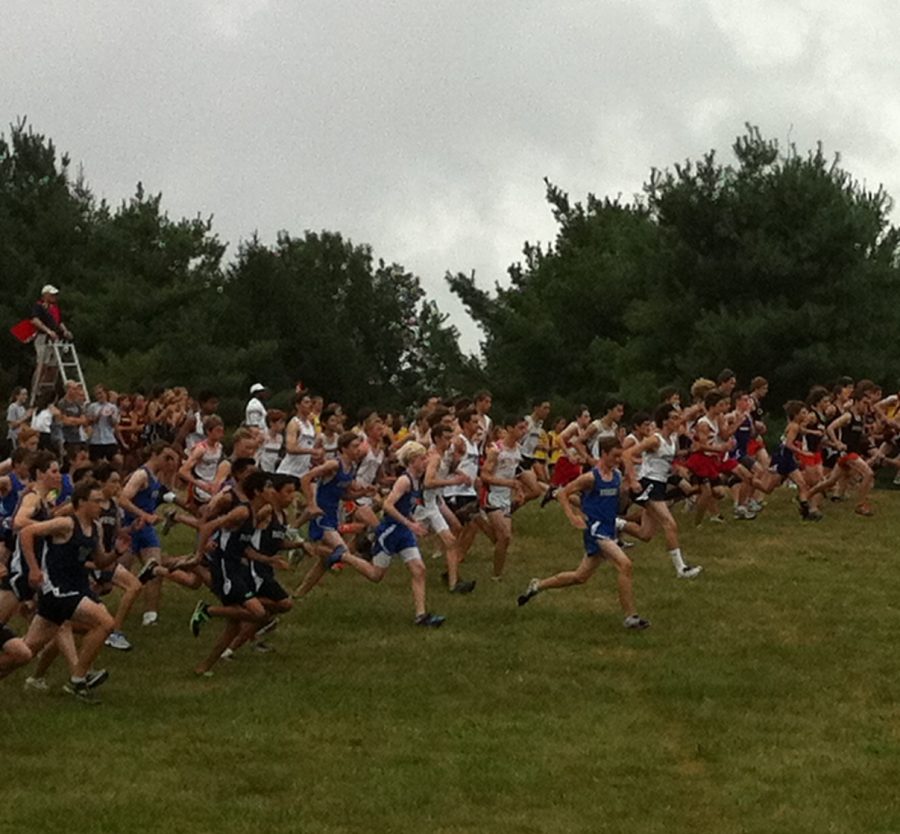 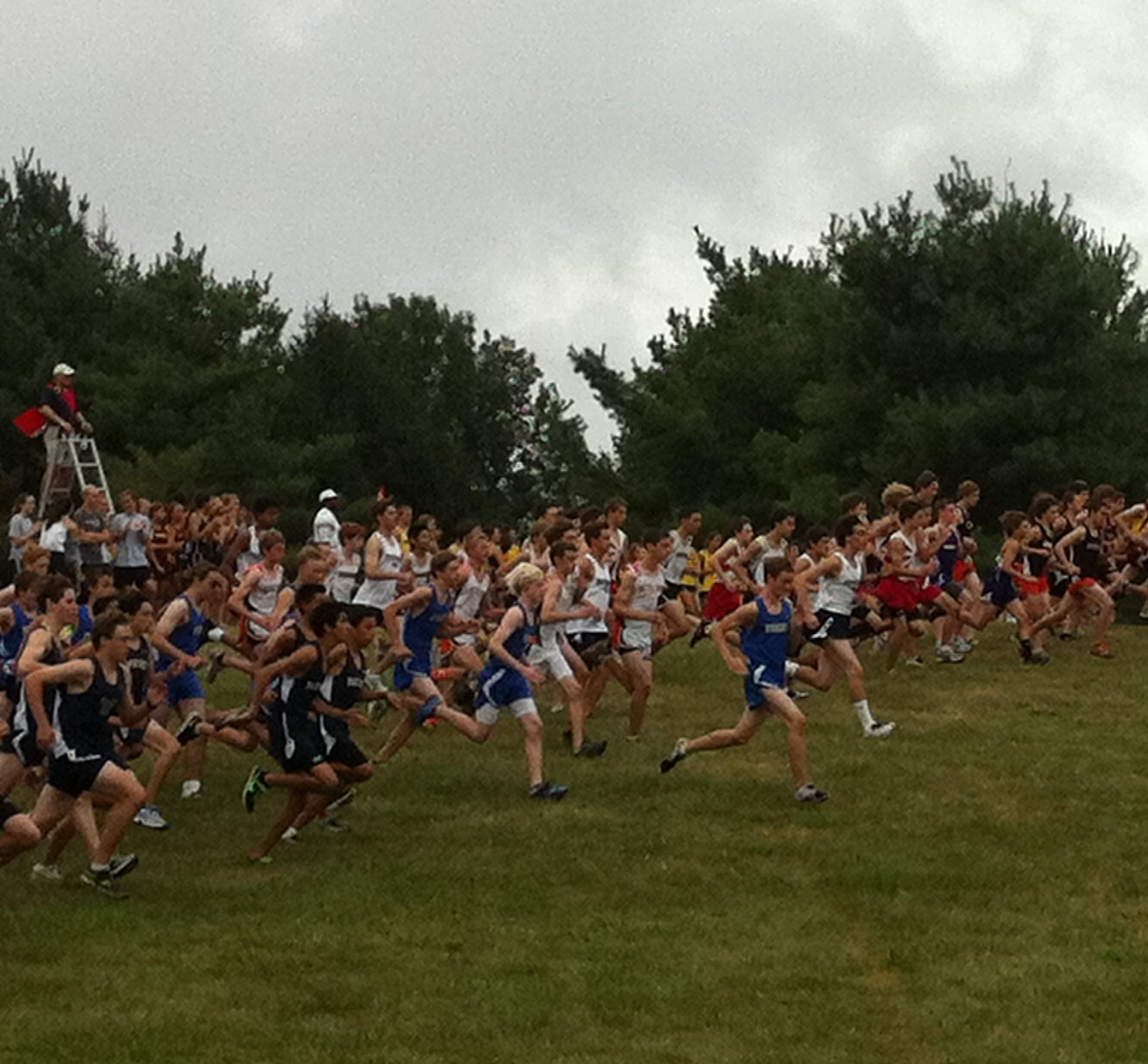 By Dagney Palmer
August 27, 2011 — Tuscarora’s cross country team arrived at their first meet of the season, the Great Meadow Invitational, after practicing every day – rain or shine – for the previous month. 10 of Loudoun County’s 12 high schools would be racing in this meet. The schedule for the races was continuously being altered due to the oncoming hurricane, Irene. Several schools were not able to attend the meet because of the worsening weather.
The cross country team arrived at the competition to see a misty fog rolling over the hills. As the number of clouds increased, so did the team’s worries. Coaches and spectators stood by with umbrellas, anxiously hoping for the rain to disperse. Athletes huddled under their tent, glaring at the ominously cloudy sky. Before the team even began to warm up, hints of raindrops were felt and the wind picked up.
Luckily, the rain ceased and the wind calmed moments before the first race. The excitement in the air was tangible as teammates lined up to receive their chips, small electronic timing devices that attach to runners’ shoes and are programmed to start timing once a runner crosses the starting line.
To save time, the Varsity A girls were to start their race five minutes after the boys. A select few Tuscarora girls were lined up with the other teams at the starting line awaiting the gunshot. As the race started, coaches, parents, and teammates cheered for the varsity runners. After the mob of runners rounded the first corner, the fields became eerily quiet as the spectators waited expectantly at the finish line for the racers to finish.
As the first girls crossed the finish line, some collapsed with fatigue. The first Tuscarora runner to finish in the Varsity A girls’ race was sophomore Natalie Rosas, with a time of 20 minutes and 43 seconds. As the races went on, the weather seemed to change for the better, though a ring of clouds still loomed on the horizon.
After cooling down, Natalie said, “I think [the weather] had a positive effect. It was cloudy with a nice breeze.” Many of the runners thought the meet would be canceled because of the weather, but after the meet most agreed that the cool breeze and cloudy skies created relatively nice running conditions.
Tuscarora received two first place medals in the Great Meadows Invitational; one went to Junior Jannen Hermann for the girls’ junior/senior race. The other first place winner was senior Sam Rogers, who won the last race of the day, Varsity B boys, with a time of 17 minutes and 42 seconds.