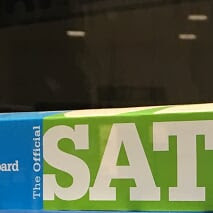 In March 2016, the new SAT was distributed for the first time after much criticism. With it came many changes that could be regarded as both good and bad.

The older SAT was an extra forty-five minutes longer compared to the new one which is just three hours. Students also are no longer required to write an essay, which explains the time reduction. The essay is optional, and students are given fifty minutes to write it as opposed to the twenty-five minutes students received before. The SAT also includes an emphasis on the skills a student will need in college, and the maximum score has changed from a 2400 to 1600. Probably the most important and notable change is the way the test is scored. In the old SAT, points were taken off for incorrect answers and given for correct answers. Now there is no penalty for an incorrect answer, so it is to a student’s advantage to answer every question. “The new SAT was really easy, and the first one was way too hard,” said senior Matthew Siryani.

According to CNN, the SAT came under criticism which resulted in the change. Many believed the SAT focused on topics that were too distant from what students were learning in the classroom. Students who were ready for college would still not receive a desirable score on the standardized test because it was tricky and not relevant.  “I think it’s a good idea to use a standardized way to measure everyone’s knowledge, but I don’t think the SAT is a good test to measure how much you actually know. Not everyone excels in math and english, and some are better at history or science,” said junior Cristina Garrido on the SAT.