Envision Loudoun: The Reality of our Future 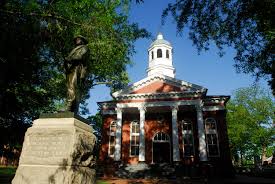 A couple weeks ago the Junior and Senior class participated in an activity through Advisory called Envision Loudoun. It all started with Mrs. Yacoub,  who brought this idea to the administration. Since then, the 11th and 12th  grade teams took the survey to give their opinions on what should be changed in Loudoun County for the future. Envision Loudoun hopes to have a long lasting impact on the community, helping to promote a continued high quality of life in the county and by doing so they created the very survey that the upperclassman had taken. Some of the questions included “how would you improve Loudoun County” and “how do you know when the improvement is  done.”

From 16 years of age to 18, the minds of high schoolers took on the task of envisioning Loudoun in the future and imagining what they would want in the years to come. In some classes, students suggested Loudoun County puts in another bridge across the Potomac River, and others looked for more parks and community centers.

In reality, things like bridges don’t magically appear and they are not everlasting, they will in fact need maintenance. The cost to build the bridge is one payment, but to maintain it will last a lifetime. Some of these ideas that students come up with can be seen in different with different points of views resulting in more satisfaction, but in the end, all members of Loudoun County need to realize the costs and benefits. The idea of one class was to have more community centers and parks; this was an idea that could last a lifetime, helping many and preserving our surroundings.

Envision Loudoun lets others in the community participate by letting them share their thoughts with many different opportunities. According to Envision Loudoun, they hope to result in a New Comprehensive Plan that will serve as Loudoun County government’s guiding document for land use and development for the foreseeable future. To learn more go to – http://envision-loudoun.org