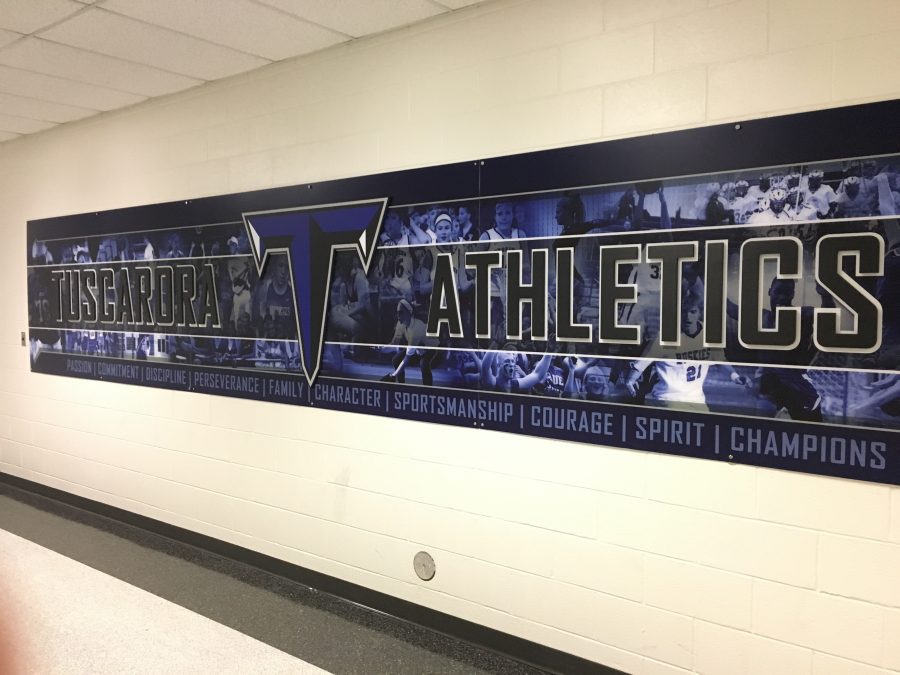 This past October, our head Athletic Director Derek Farrey was promoted to be the Director of Athletics for LCPS. After this took place, Assistant Athletic Director John Puterio was promoted to head, thus creating an employment opportunity for a new assistant. Along came Tony Talent. A James Madison University graduate, Talent did it all before arriving at Tuscarora. He worked in special education for 24 years and had been a football coach at multiple programs on the collegiate and high school level. Mr. Talent plans to make a great impact on the kids and athletes here at Tuscarora alongside John Puterio. He has only been here for a number of weeks and has already attended many athletic events, ranging from volleyball playoff games to the VHSL State Cross Country Championships. The Husky Headline got a chance to speak with Mr. Talent recently.

Tucker- To start off,  What was your previous job before coming here to be the Assistant Athletic Director at Tuscarora?

Mr. Talent- It was great, I’ve been in special education for 24 years and I’d been coaching for 27 years including three years at Rock Ridge, seven years at Warren County as the head coach, and three years at James Madison as a position coach.

Tucker- Where did you attend college and what did you study?

Tucker- Did you play any sports in high school or college?

Tucker- What attracted you to Tuscarora?

Mr. Talent- There was a great position that opened up, Mr. Puterio is a fantastic director from what I had heard and I knew that with him moving up, it would be a good spot for me to move into. Athletic Administration is also something I did at Warren County for four years and in Harrisonburg so it was something I knew I wanted as a career to move to.

Tucker- What are you most excited for as being one of our new athletic directors?

Mr. Talent- Just a chance to meet the kids and help Tuscarora sports continue their tradition of being outstanding, not only in the field but in the classroom.