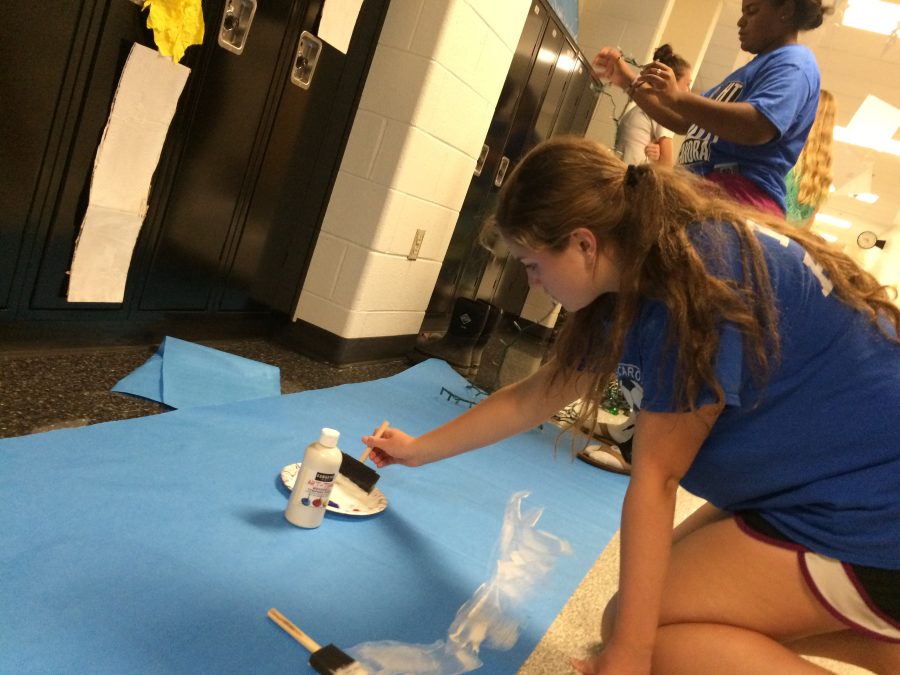 Many students had difficulty accommodating their ideas with the fire-marshall restrictions which specify that all decoration must be 12-16 inches from the ceiling. Extension cords also could not be used when connecting lights or any other objects.

Students, though restrained by these various fire-code regulations, managed to fill the hallways with mass amounts of paper, paint and creativity.

Hallway decorating is viewed as a social scene, as well as a way to showcase your school spirit and competitiveness. “I really like doing activities with my classmates because some of these people I don’t know.  think it’s really fun to do arts and crafts with grown people,” said junior Bessie Tubman.