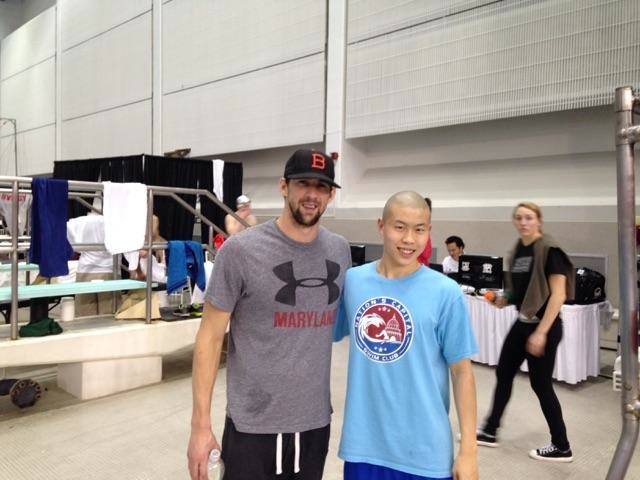 Shi qualified for the meet through his year-round club swim team, Nation’s Capital Swim Club (NCAP). Qualification times are incredibly competitive, as only 80 swimmers compete in each event.

Shi competed in the 100m, which was also swam by Lochte, the 200m butterfly, as well as both the 200m and 400m Individual Medley(IM). The top 32 swimmers in each event advanced to finals, which were divided into A, B, C, and D races, and held later that same evening. Shi qualified for D Finals in both the 200 and 400 IM.

Between all four events, Shi dropped 19 seconds, an impressive feat considering competitive races can be determined by differences in milliseconds.

While racing, Shi said he was “on auto-pilot,” and felt that the meet in Austin was “very relaxed. [There was] no pressure…no cut times.”

He is no stranger to high pressure however, as the top male swimmer on Tuscarora’s swim team, Shi has qualified for states in all nine individual events, as well as one relay this season. He also holds the current THS male record in every individual event.

This unprecedented level of success is largely a result of Shi’s rigorous practice schedule of at least 20 hours per week, as well as his participation in several high-level meets each year. In both his freshman and sophomore year, he qualified for Junior Olympics (JO’s) through NCAP, and was invited to train in the official Olympic training center in Colorado this past summer.

Shi is looking forward to competing at the another Arena Pro Series Meet in Charlotte, North Carolina in mid May of this year.