Bleeding for a Good Cause 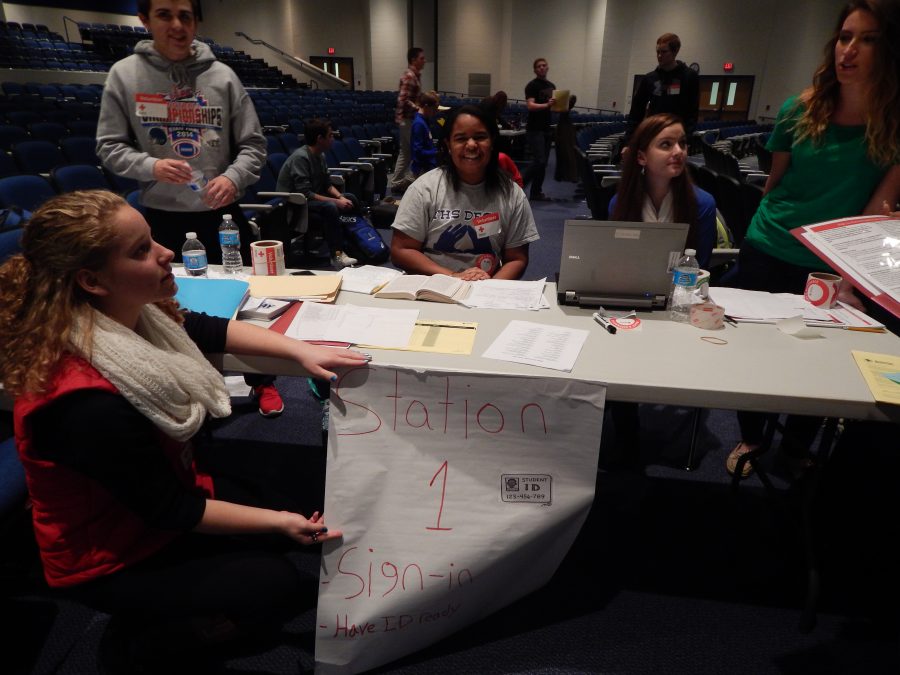 On Tuesday, January 13th, the Tuscarora leadership class held the winter blood drive in the auditorium with the American Red Cross.  The event began at 8:30 a.m, and continued throughout the day, ending after 7th block was released.

Normally, DECA is in charge of organizing the fall and spring blood drives, however, the leadership class decided to do a winter blood drive this year for student athletes.

“[Spring and fall] athletes felt disappointed [that they couldn’t] donate blood since they were in season, so we opened up the winter blood drive for them and anyone else who would like to donate blood,” said Mrs. Caruthers, the instructor of the leadership class and DECA.

The leadership class prepares students for participating in organizations like DECA.  Junior Alyanna Torres stated that she’s taking leadership because she wants to be a DECA officer, and the class teaches her how to be a leader.

“My dad’s always donated blood, and I guess he inspired me to do it,” said junior Tara Tavakolian. “I have donated blood before as well.  I did the last blood drive with INOVA.”

However, the nurses who were volunteering from the American Red Cross were only able to take blood from students who fulfilled certain weight and health requirements and Tavakolian was considered too underweight to donate blood.  A person like Tavakolian, with a height of 5’3,  needs to weigh 124 pounds in order to be considered for donating blood due to possible health risks.  Torres stated that she would have donated blood, but was sick, and wasn’t healthy enough this winter.

DECA will hold the next blood drive this upcoming spring for those interested in donating to a good cause.