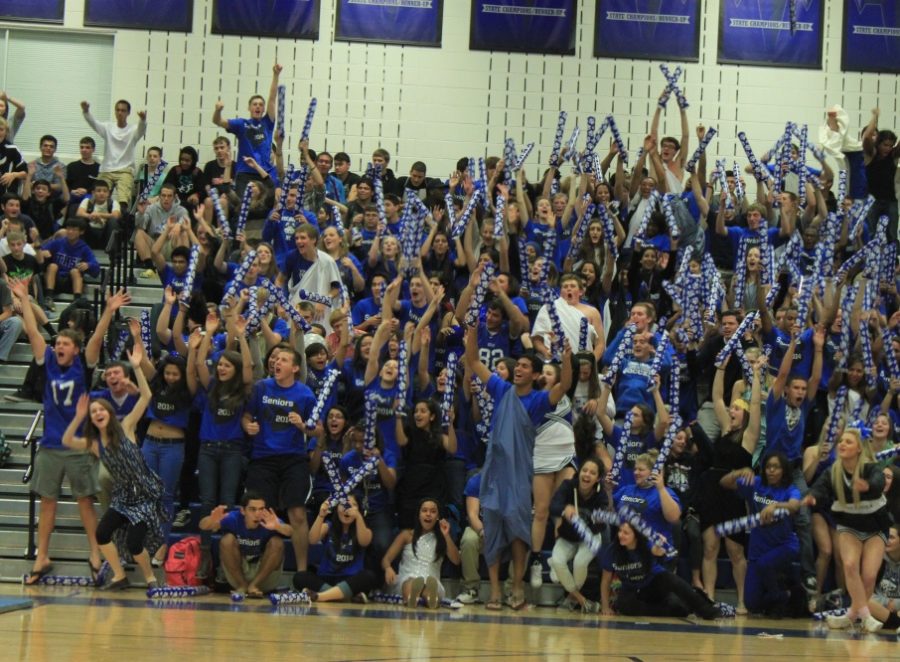 On September 26th, Tuscarora will have its first pep rally of the year to get students pumped up for the homecoming football game against Heritage High School. Mr. Blair will be the MC for the rally and announce this year’s homecoming court (see nominations below).

Maddy Mitschke, one of the juniors on the homecoming court, said, “I’m thrilled and honored to be nominated for Tuscarora’s homecoming court this year by my peers. I really love being involved in school events, especially at times like this where I can really show my school spirit. So having the opportunity to win homecoming court makes this year even more memorable and special.”

The dance team will also perform a routine, and the marching band will play the school’s fight song, “Rise Huskies Rise.” The freshman, JV, and varsity cheer team will perform a routine including stunts, tumbling, cheers, and much more. “I’m a little nervous to perform in front of everyone, but I’m also excited to show everybody how hard we’ve been working and how proud we all are to be huskies,” said freshman Reese Orwig, who will perform with the varsity cheer team in her first high school pep rally.

There will also be relays and games for each grade to compete in, including a contest to see which grade can cheer the loudest to get excited for the game. The homecoming pep rally is expected to be a fun and entertaining way for the student body to show their Husky pride.