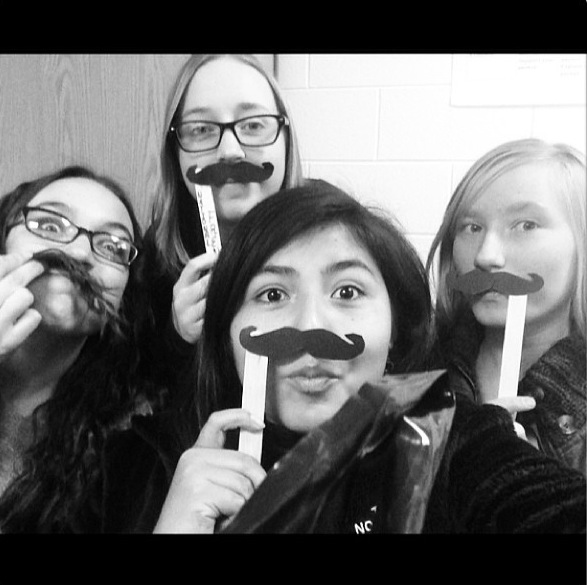 From November 11th-15th, the French Club spread French culture and awareness in the spirit of National French Week (NFW) with a series of planned events.

Started by the American Association of Teachers of French 15 years ago, National French Week has been celebrated in high schools across the U.S. annually during November. Its purpose is to celebrate the French language and encourage francophone (french-speaking countries) culture within schools.

The events were not just for students who took French — the French Club chose to commemorate the week with several club and school-wide activities and promotions.“You don’t have to be in French to be able to appreciate the culture,” said Vice President Emmel El-fiky, junior. “This week is about promoting that, and everyone’s really into it. Not only does [National French Week] raise awareness of the French language and culture among French students, but throughout the school as well. It’s the biggest foreign language event at THS.”

Starting even before the 11th, members of the club handed out candy with attached ads announcing the following week’s plans. Then at the start of the week members passed out colorful stickers with “Bonjour!” blazoned on the front, appropriately naming Monday “Bonjour Day.”

After school, the French Club joined the German Club in a Franco-Prussian War, an Armistice Day tradition for the two foreign language clubs. They competed in several games, such as crab-walk soccer and foreign language charades, for the trophy of a stuffed husky. The French team proved victorious for the second year in a row.

The rest of the week followed with the passing out of mustaches on sticks, as well as a croissant and baked goods sale, and finished off with a French breakfast provided for club members. Students and teachers alike participated in many of the events, enjoying the “spirited” and “cute” ideas that “spread around quickly,” according to Latin student Abby Mason, a junior.

Receiving the most attention from the student body was the bake sale, held after school on Thursday, which included croissants and baked goods made by French students. “If there’s one thing people like more than stickers and mustaches, it’s food!” El-Fiky said. The proceeds went to the French Club’s funds and will be used for future club events.

Most important was the success and response derived from the promotion of French. One of the goals of National French Week was to encourage students to take languages in high school.

Mason believes National French Week opened the eyes of many students — especially those not enrolled in a French class. “There are a number of people at this school who speak another language besides English at home. People need to be aware of all of the diversity that is in our school, but also get interested in studying those languages,” she said.

El-Fiky agrees, saying that it’s important “to [be exposed] to different cultures and different types of people. NFW is one small way to expose people to something different, but in a fun way.”

The French Club intends to continue to be a prominent part of the Tuscarora community and has potential plans to collaborate with the other foreign language clubs during National Foreign Language Week in March.