A Phone Worth Keeping: Phonebloks 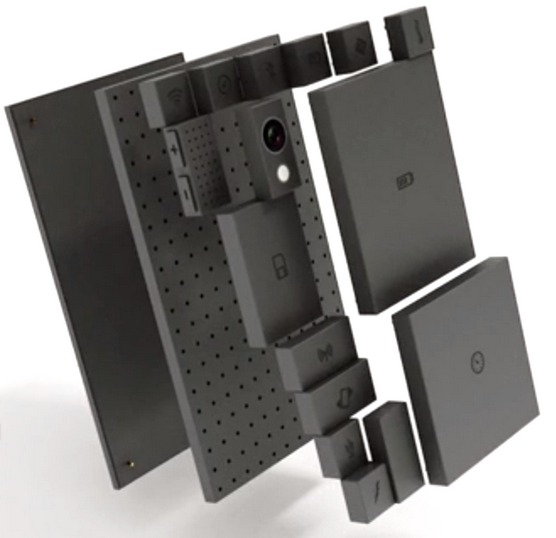 When you get rid of your phone, is it because it has actually stopped working? Or do you just want the latest version?  There’s a new phone idea floating around that may be able to solve both of these problems.

Phonebloks is a completely customizable, updatable, and fixable phone.  No matter what part of your phone is slowing down, or if you just want a newer version, it can be replaced.  On the back, Phonebloks literally holds the building blocks of your phone.  It has a Wi-Fi block, storage block, battery, headphones, speakers, camera and more.  You can replace individual components or you can just rearrange your whole phone based on what you use it for most.

When asked what she would do with her Phonebloks, freshman Jenna Wyly responded, “I’d get a bigger storage block and a better camera.” Sophomore Dairo Munz also showed excitement about Phonebloks, saying, “It seems like a really cool, innovative idea.”

No matter how great or horrible this phone sounds to you, it’s still in very early stages, and if it does end up on the market, it won’t be for a while.  Martin Cooper, the inventor of the cell phone, told CNN that while the Phonebloks concept is “well-meaning,” he suspects it will never become reality, saying, “The main reason that Phonebloks will not hit the market is it will cost more, be bigger and heavier, and be less reliable. By the time it could be brought to market, the problem that engendered it will be gone.”

One of the biggest reasons that people upgrade their phone is because they want one new feature, but with Phonebloks, you could get that new feature while keeping all your familiar ones as well.  Another common reason that people get rid of their phone is because of a cracked screen.  With Phonebloks, you can either replace that screen or update it to the newest one they have.

Another area that Phonebloks could positively impact is electrical waste, one of the fastest growing trash venues.  The company aims to cut down electrical waste because when people throw out something electronic, it’s usually the fault of only one part, like a scratched camera lens.  If you had a Phoneblok, you could just throw out a small block instead of throwing an entire device away.

In addition to cutting down waste and letting people easily upgrade their phones, Phoneblok is going to offer services for anyone to design their own blok for their phone.  Let’s say that a company that promotes natural energy wanted to endorse Phonebloks.  They could develop their own solar-powered battery block making the phone powered by solar energy.  Another example could be a nursing home making screens for people with sensitive eyesight.

While some are critical of the idea that third parties could make their own block, others, like Wyly, say, “I think they’d probably want to invest in [Phonebloks] if it were actually a popular thing.”  Even regular consumers could make their own blocks from home if they wanted to, such as one with an output allowing you to connect your phone to a projector.  You could also make a screen with better graphics if you used your phone for gaming or designing, or even design a screen that looks exactly like your old phone if you liked the setup.

The company developing Phonebloks is attempting to finally make this phone a reality  by having a Thunderclap. A Thunderclap is when people sign up their social networking accounts and then at a later date post the same thing about the phone at the same time.  In this case, on October 29th, the hashtag #Phonebloks is going to explode on Twitter, people are going to talk about the phone on their Tumblr accounts, and all over Facebook people will be going, “I want it!”  When asked if she would join the Thunderclap, Wyly said yes, “because it’s worth it.  If that phone comes out, there goes all the electrical waste, and it’d be so customizable.  I would want that phone.”